In January 2017 conductor Mark Irwin was awarded Life Membership by ABODA Victoria. Here he reflects on how taking opportunities to learn from other conductors and educators has shaped his career. 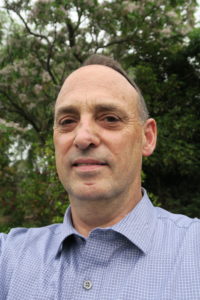 My musical journey started in a traditional way with piano studies whilst still at primary school and my
earliest experiences of hearing symphonic music gained momentum when I started to attend concerts by
the Melbourne Symphony Orchestra from 1969. This was also the first time I saw and heard the French
horn being played – a significant, inspiring moment in my music education.
I attended the University of Melbourne Conservatorium, majoring in piano. As a pianist in the BMusEd
course I was required to take up a second instrument of my choice and I starting learning french horn as
a total beginner with the very-patient Tom Nicholl, a member of the much-admired MSO horn section.
By the end of my first year I had been roped into playing 4 th horn in the Faculty of Music Orchestra for an end-of-year concert, which included a performance of Dvorak’s ‘New World’ Symphony and I can still
remember the stress level! During my uni days I played in community orchestras such as the Zelman
Orchestra, the Astra Orchestra, directed by the formidable George Logie-Smith, and the Preston
Symphony Orchestra. By a quirk of fate I was the only student learning horn at the Con for several years
so I got to play the 1 st horn parts in some memorable performances, including Wagner’s ‘Siegfried Idyll’
and Schumann’s ‘Rheinish Symphony’.

My first experience of conducting an ensemble was during my 4 th year in the Music Education method
course. I had to arrange parts and learn to conduct the mixed ensemble of students in the course as well
as for groups of local secondary school students. Great preparation for what was to come the following
year in the “real world”.

I commenced teaching in Geelong in 1978 at Newcomb High School. As a recipient of an Education
Department teaching studentship I was obliged to teach for 3 years anywhere in Victoria. As the only
music teacher in the school I had responsibility for teaching class music but I also established the first
instrumental music program, teaching all the band instruments and forming a Concert Band – there was
no such thing as a free period in those days. In 1991 I took up the position of Co-ordinator of Music at
the Geelong College Preparatory School, eventually becoming Director of Music of the College in 2006, a
position I still hold.

Moving to Geelong allowed me to be actively involved in many community music activities, playing in
and conducting bands, orchestras, chamber ensembles (including a recorder consort) and music theatre
productions. My most significant and enduring work, however, has been with the Geelong Concert Band
and its forerunner, the Geelong Regional Youth Concert Band, formed in 1978. Through these wonderful
experiences I’ve been fortunate to receive recognition for my conducting from the VBL (Merit Award),
the Geelong Concert Band (Life Membership) and ABODA (Excellence Award in 2000). For services to
community music I was awarded a Geelong Community Australia Day Award in 1995.

Professional development has always been an important priority for me. I became a member of ABODA
early on because it promised to provide a network for conductors and professional development
opportunities. With significant cuts to education support services in Victoria during the late 1980s
ABODA’s existence became even more important. I have greatly appreciated being able access the wide
range of conducting workshops and National Conferences and I believe that ABODA continues to
enthusiastically fulfil this mission. Taking some leave in 2010 I attended the 2 nd Biennial International
Band Competition in Singapore followed by 3 weeks at the prestigious Canford Summer School in the UK,studying symphonic wind band conducting with Timothy Reynish, Mark Herron and Russell Cowieson. These were fantastic experiences which broadened my knowledge of band music around the world and gave me the chance to learn from conductors of international standing. I would encourage you all to grasp similar opportunities if they come your way, locally and overseas.

There are no upcoming events at this time.