It was such a delight to be amongst the ABODA family of music educators at the 2017 AGM. The Life Membership was a highlight in a career that has spanned over 50 years.

My passion for music stems from my family’s wartime experiences. In the 1930s my Italian father was living the idyllic life in Singapore, a small luxurious island that everyone thought was far enough away from the troubles in Europe. It was unthinkable that Singapore could ever be at war. In 1939 Hitler invaded Poland and England declared war on Germany.

Overnight my father went from living the society high life to becoming an enemy alien. In September1940 he married my mother, a British subject of Portuguese descent. She immediately lost her British citizenship and along with a large number of Italians, Germans and Austrians was transported to Australia on the giant liner, the “Queen Mary”. In Victoria the internment camp established at Tatura became the home for 12,000 friendly “enemy aliens” who were deemed a security risk even though they had no adverse political records

In Tatura the inmates realized the importance of organization and keeping everyone busy. They appointed their own leaders. They ensured that the children received an all round education and the adults were kept usefully engaged. Amongst the internees were some of the cream of Europe’s artistic society. Despite the primitive living conditions, the lack of freedom and the barbed wire they managed to establish a cultural and intellectual atmosphere which would have been hard to match elsewhere in Australia at the time.

Many of the inmates produced lasting masterpieces and went on to make a significant contribution to Australia after the war: Karl Duldig, the Austrian sculptor, Felix Werder the German born composer who had made the horrific journey to Australia on the Dunera  and the musical director of the Vienna Boys Choir, Dr Georg Gruber. My father played violin.

At the end of the war my father decided to remain in Australia. He took us to a small fishing village and so began our childhood growing up in Mornington – growing up in paradise. My father insisted that I and my siblings receive a musical education. I attended Padua College in Tanti Avenue – a college by the sea. It has now been converted to apartments and people pay millions of dollars for the view that we took every day for granted.

In the 50s in Mornington, very few young people learned a musical instrument and we often resented the time devoted to practising but our father gave us no option. I studied piano with the nuns and my sister learned the violin from Leila Steedman who had been the conductor of the Mornington Peninsula Orchestra. Dorcas McLean, a celebrated violinist was the wife of the local doctor, Andrew Taylor. Often in his waiting room in Barkley Street we kids would hear her practising.

I was appointed to Kooweerup Secondary College in 1965 and for years was the only music teacher there. We now have a staff of 7 music teachers in the Claudia Barker Performing Arts Centre.

Our marching band has attended the Melbourne ANZAC march since 1999. One year by chance we led the 39th Battalion which had defended Australia at Kokoda. The diggers reckoned they had never marched so well and decided that if they hailed us as their very own they would always have a band to march to on ANZAC day. Ever since we are known as the Band that leads the 39th Battalion and we always do – even in pouring rain.

The band from rural Victoria goes to Westminster Abbey

Of interest could be how the Kooweerup Secondary College Band came to give a performance  at Westminster Abbey:

In 2012 our Assistant Principal, Peter Bottomley had received an email from Peter Bottomley, British Member of Parliament for Worthing West, UK.  B2 (apologies to Bananas in Pajamas) had been contacting all the Peter Bottomleys in the world and had seen B1’s name in a newspaper article on the internet. B2 wrote a cordial email to B1 inviting him to the “House” if he were ever in London.

Back in the band room I was facing problems. The band trip to London that I had organized had fallen through when the Travel Agency cancelled.  Rather than disappoint my students I decided to plan my own tour. I could organize concerts in Paris and the Western Front but London was proving difficult as the tour would coincide with school holidays there. In desperation I reminded B1 of his London namesake and asked if he could contact B2.

B2, who had received a knighthood in the meantime, replied immediately. The Band’s credentials were scrutinized and within days  emails arrived from Sir B2 and the Dean of Westminster Abbey granting approval for a lunch-time concert.

Now I needed something special to add to my repertoire. In France we would be going to Fromelles where the 1916 battle was the biggest military disaster of all time for Australia. Melbourne composer Barry McKimm accepted a commission to compose a piece of music that would capture the reality of what happened. His “South from Fromelles” was confronting and powerful. In Westminster Abbey when we finished playing many of the audience were weeping. To top it all off at the conclusion of the concert Sir B2 invited our entire contingent of 42 for a light luncheon at his beautiful London Apartment.

Then to the Western Front! They stopped the traffic as we marched down the main street of Fromelles to the Pheasant Wood Cemetery. There, on behalf of the Australian families who have suffered generations of grief, we spent a silent moment.  Our students, not much different in age from those who died, knelt in the drizzling rain and wiped the mud from the gravestones. And then we played Waltzing Matilda and the Last Post for all our soldiers who will lie there forever.

Now in the autumn of my teaching career I can reflect on the strongest of friendships and the countless concerts. There have been 50 Music Festivals and 38 Musicals but best of all is the high calibre of the young music graduates who come to teach at Kooweerup. They are ensuring that our students are instilled with a passion for music that will stay with them for the rest of their lives. 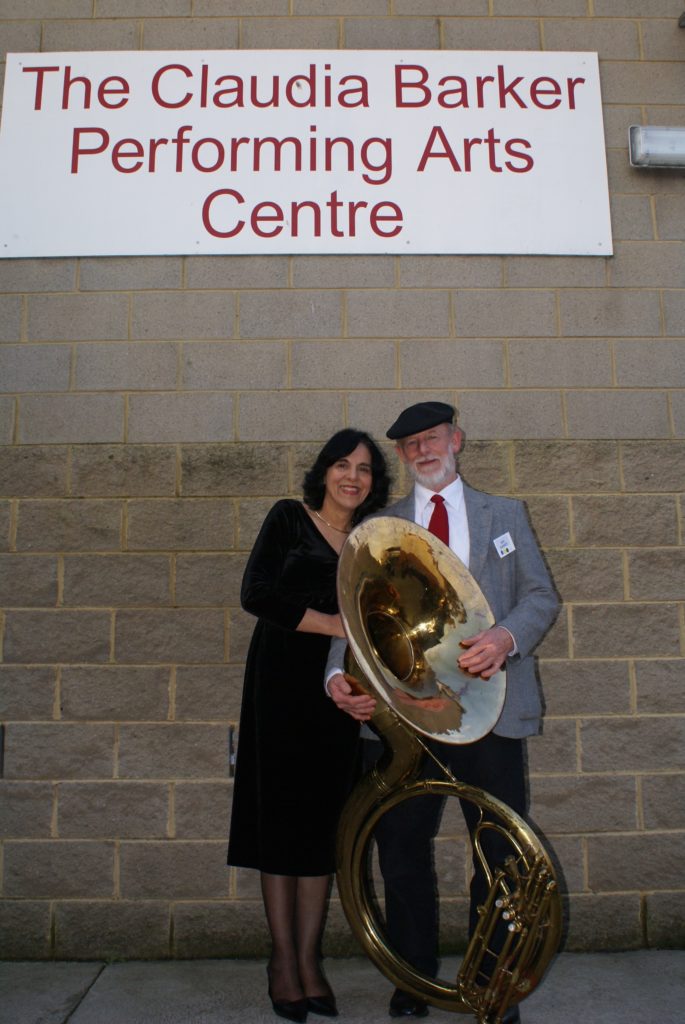